Life at the National Home, Circa 1922

Admission to the Soldiers Home is simple. Any honorably discharged soldier or sailor of the army or navy of the United States may gain admission by laying on the adjutant’s desk his certificate of honorable discharge and pension certificate, if a pensioner.

A Place of Peace, Quiet and Contentment

That’s how The Sawtelle Tribune described daily life at the Pacific Branch of the National Home for Disabled Volunteer Soldiers.

It was place where “every physical want” was supplied. If you lived there, you were given a uniform, a bed and locker in a barracks, three meals a day, free classes, and medical care. You could also live off campus and stop by for a free meal or take a class.

Entertainment? There was plenty of it. Picture shows and vaudeville acts at the 1,000-seat theater. A two-story billiards hall. Library with 10,000 books. And a band and orchestra that drew on the talents of the veterans.

If you were able to work, you held a job on campus or in the community. Veterans on campus were responsible for everything from picking up trash around the grounds to growing the food used in the dining halls.

As befitting a military facility, the days were highly regimented, starting with a bugle sounding reveille at 6 a.m. Sick call was at 8 a.m., the flag was lowered during the 4:40 p.m. retreat, tattoo was at 8:00 p.m., and taps were played at 9:00 p.m. Mess calls were sounded five minutes before each meal.

Although the modern-day VA West LA campus is surrounded by the city, the Pacific Branch was out in the country. But the veterans weren’t isolated. There was frequent bus and streetcar service to Los Angeles, Santa Monica, and Venice. The Pacific Electric railway’s trip book to LA was especially popular – 10 rides for $1.50. 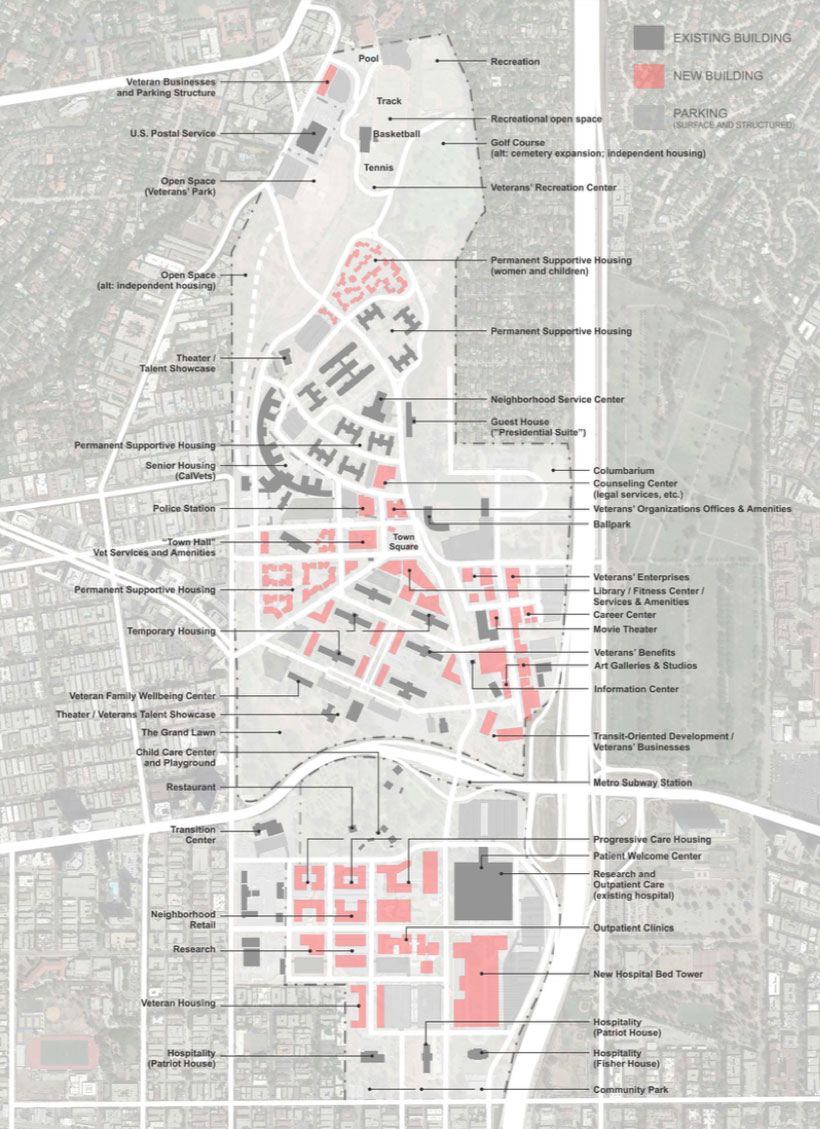 Land use is proposed as existing, preferred, and alternate, allowing for flexibility in future development decision-making, but establishing the tone and character of each of the areas of the campus. Within this flexible framework, specific ideas for focusing new development as well as re-purposing existing facilities are suggested in the figure to the left. 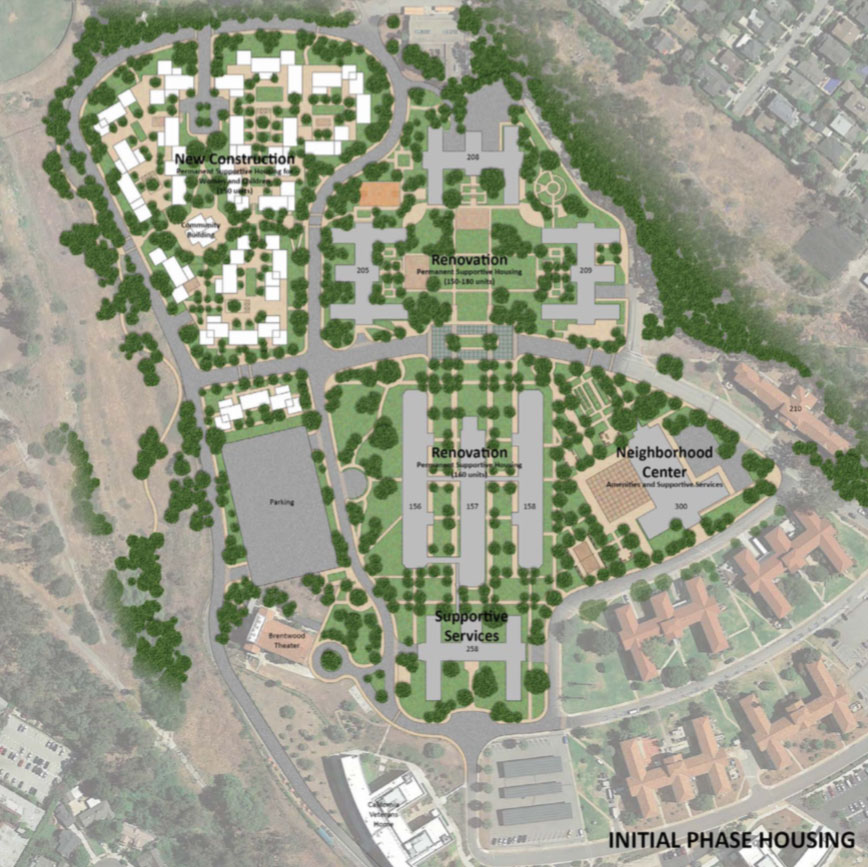 The Master Plan Framework places an initial and immediate focus on permanent supportive housing for homeless or at- risk Veterans within a nurturing, safe, and secure core area of the site. Initial phase permanent supportive housing will be located in the central portion of the north campus, with a projected capacity of 490 housing units. Of these, approximately 150 units are proposed to be new construction in a townhouse- type complex, with the balance located in nearby renovated buildings.

Future housing will be located in a combination of renovated buildings throughout the campus, as well as in new infill construction. Beyond the currently projected demand for 1,200 units, the Framework Plan indicates an overall capacity on the 388-acre West LA Campus of up to approximately 4,000 units of housing of various types. This capacity can absorb future demand as need dictates based on local and regional demand updated through 3- to 5-year reviews.